In the beginning there was Chaos and from Chaos came forth many strange children; Eros or Love, Uranos or Heaven, Pontos the Sea and Mother Earth.

The Heaven and Mother Earth had many children. But the Heaven hated his children and feared them. As each was born he hid them in secret places and kept them in darkness. But Mother Earth helped them to rebel and they cast down Heaven from the sky.

The youngest son, Cronos, wounded his father and his blood fell into the sea. From these drops of the blood sprang Aphrodite, who became the goddess of beauty and love. 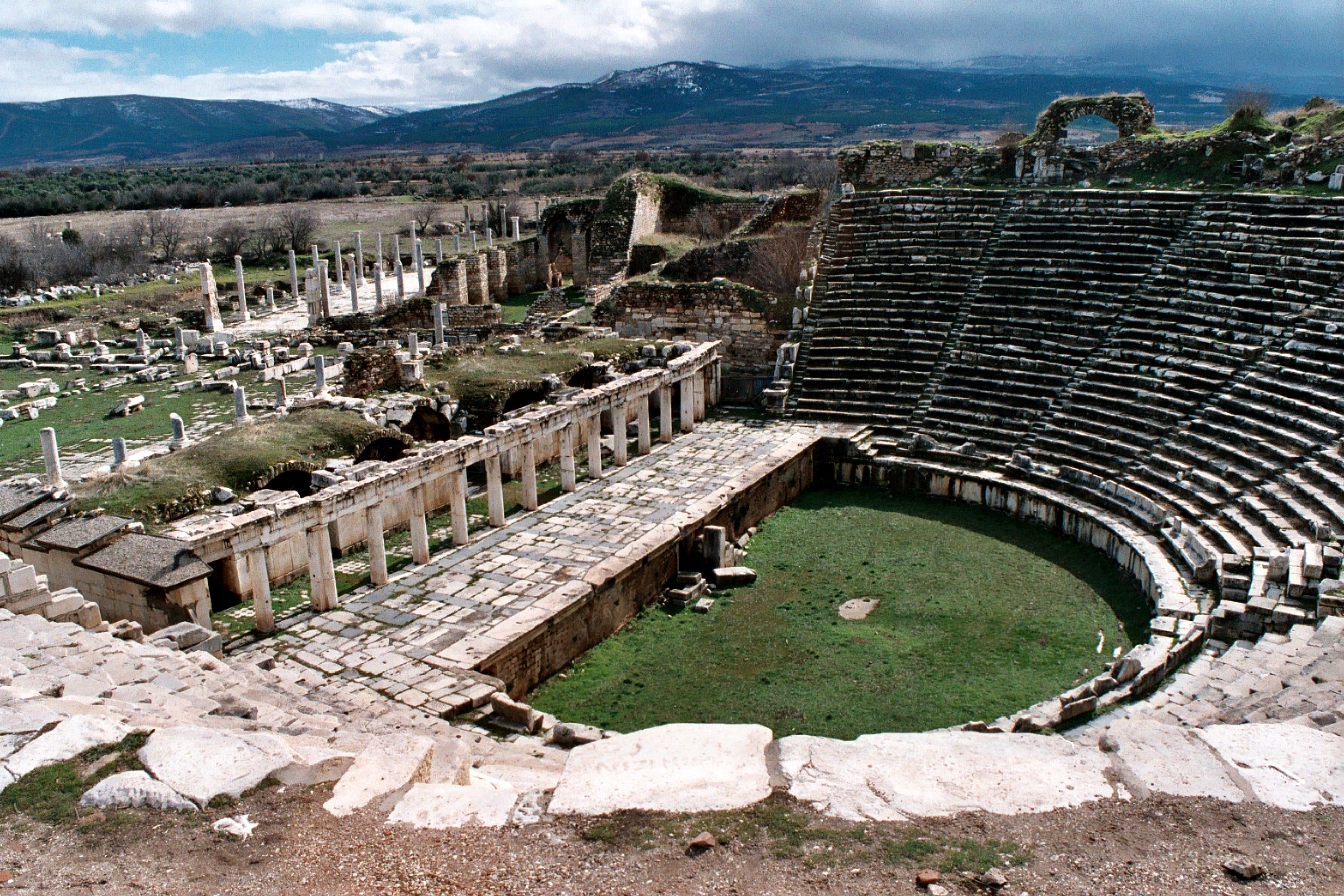 The city of Aphrodisias is located within the borders of the historical region of Caria, which included most of South-West Turkey. Today the city and it’s ruins are located in the modern day village of Geyre, in the province of Aydin. The city has the Babadag mountains to it’s East, from which flow a number of streams that join with the Buyuk Menderes River.

According to recent excavations, the site where Aphrodisias  is located is thought to have been occupied by settlers as early as the late Neolithic period and developed through the Bronze and Iron Ages.

The City of Aphrodisias itself is probably one of the most impressive ancient cities of Anatolia, with a number of well-preserved buildings and sculptures dating from the Roman period.

Located in an earthquake zone, Aphrodisias has suffered damage at various stages throughout history. However, the city was completely destroyed by an earthquake in the early 7th century and never recovered its former success.

Built near a marble quarry, the city had schools for sculpture and philosophy, being a centre for paganism until the end of the 5th Century and was, of course, one of several cities dedicated to Aphrodite, the goddess of love. 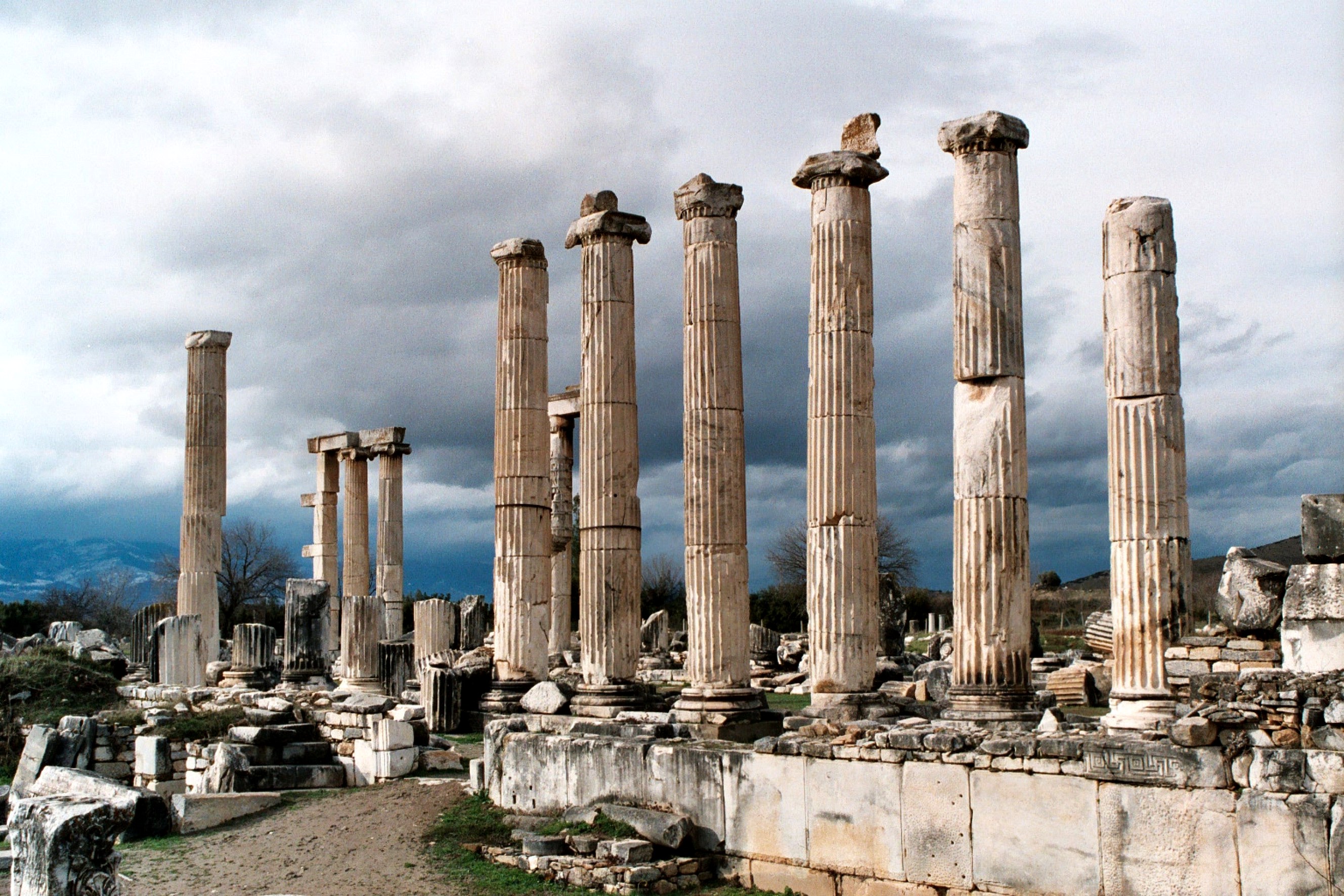 The Sculpture school was an important workshop and the production of statues continued till late archaic ages, much beyond other sculpture schools in Anatolia. Public statues were decorated with “peopled scrolls”, which was one of the characteristics of stone carvings produced by the Aphrodisias school. Aphrodisias museum opened in 1979 and is only exhibits items recovered from the excavations at Aphrodisias.

Aphrodisias is located approximately 2 hours away from Ephesus and 2.5 hours from Pamukkale. It was added to the UNESCO World Heritage List in 2017.